Given the amount of psychological and physiological stress to which many of us are exposed, it’s no shock that dis-ease runs so rampant in our population. What is often puzzling, however, is from where exactly these conditions emerge and what we can do to combat them without combing every part of our lifestyle and environment. One process that can explain both is oxidative stress, the imbalance between free radicals and antioxidants. Since it is dependent on these two forces, it has the potential to be both degenerative and restorative. Understanding of this process provides insight both into the danger of excessive free radicals in the body as well as to the healing powers of antioxidants.

Oxidative stress refers to the overabundance of free radicals, unchecked by antioxidant levels. The danger of this imbalance is that free radicals are highly reactive molecules. Because they have an unpaired valence electron, they travel the body searching for an electron with which to pair. However, they often achieve this stability by pairing with an element in an already stable compound, leaving that compound as a free radical itself. This process is called oxidation – free radicals oxidize compounds in the body. It is the same process by which metal rusts and becomes brittle and by which fruit browns and loses nutritional value.

Free radicals are produced naturally by the body through functions like breathing and digestion and even serve a constructive role when in balance, acting as a part of the immune system. However, they are also produced by exposure to radiation, pollutants, medications & antibiotics, overtraining, emotional & physical stress, and dietary factors (like oxidized fats, processed sugar, pesticides, herbicides, and additives). When unchecked, free radicals will damage DNA, cell membranes, lipids, and enzymes. By this process, oxidative stress leads to an array of diseases such as diabetes, atherosclerosis, inflammation, high blood pressure, heart disease, neurodegenerative disease, cancer, and aging.

The hero of the story is the antioxidant. Antioxidants donate electrons to free radicals, stabilizing them and terminating this otherwise lengthy and exhausting process. Some antioxidants are produced by the body, but there is a large dietary burden to consume plants that produce antioxidants of their own. Of highest importance are vitamins A, C, and E, as well as beta-carotene, selenium, zinc, and more. These are plentiful in the following sources, some combination of which is absolutely necessary for human vitality:

For those of you that feel constant fatigue and poor recovery, it may be as simple as this: you may not have enough warriors fighting for you! Nourish these antioxidant warriors with lifestyle choices like eating high-antioxidant foods, exercising (without overdoing it), watching out for exposure to harmful chemicals (and, if you can’t, following a protocol like the heavy metal detox), and getting plenty of sleep. So treat yourself to some red wine, chocolate, and a summer nap and listen to the balance it brings. 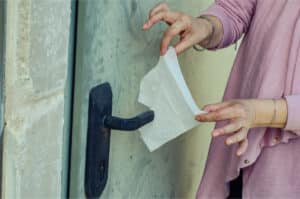 Mysophobia and the dirty truth of irrational fear

I’m sure it’s of no surprise to you that ever since COVID has been announced, there has been a huge spike in people experiencing a 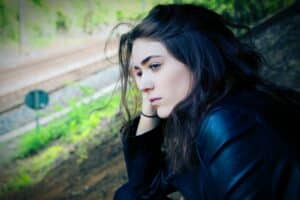 Loving an addict & how to maintain self love

Loving an addict is not something you plan for. It may be one of the hardest things you will ever do. You love them, you